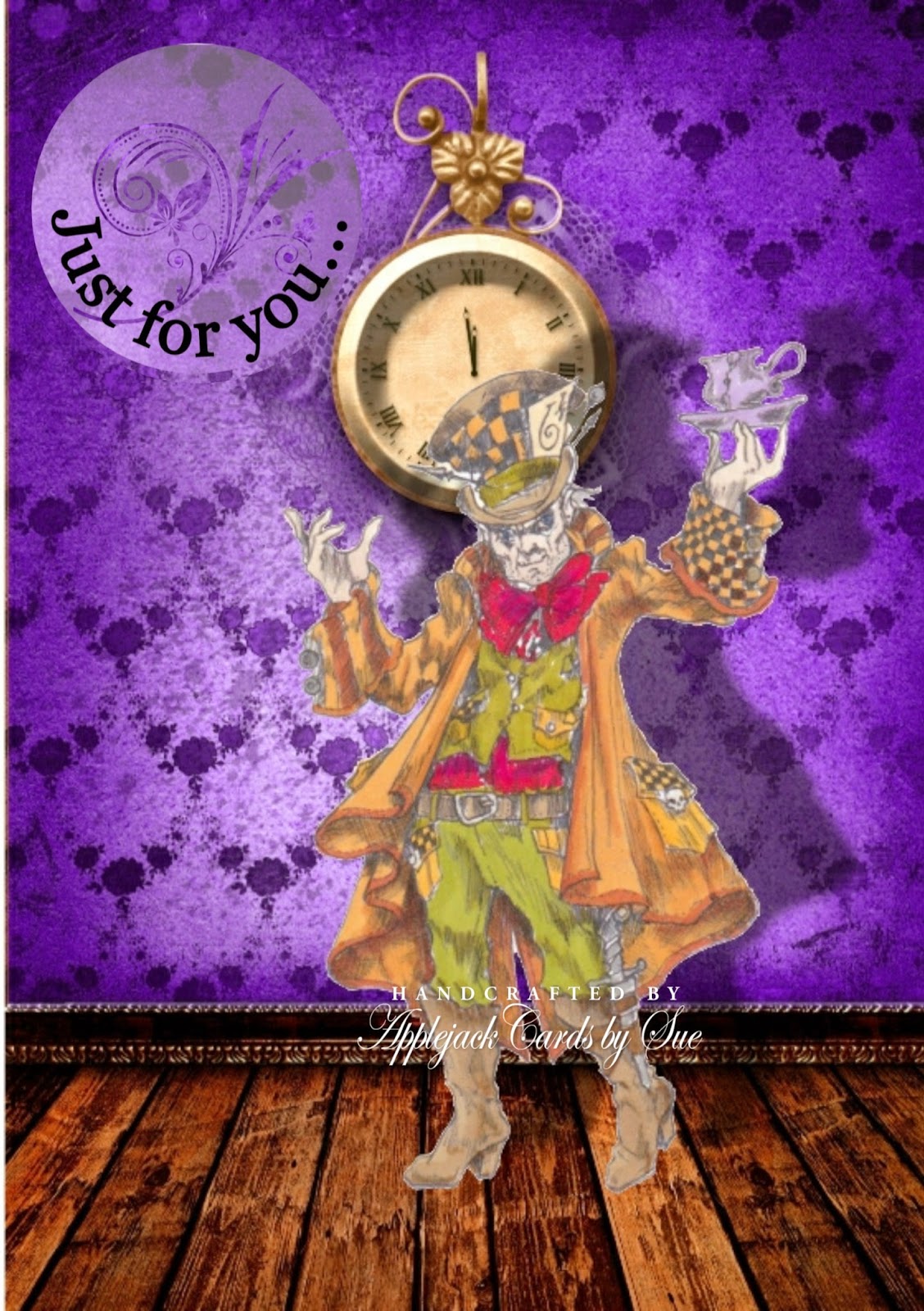 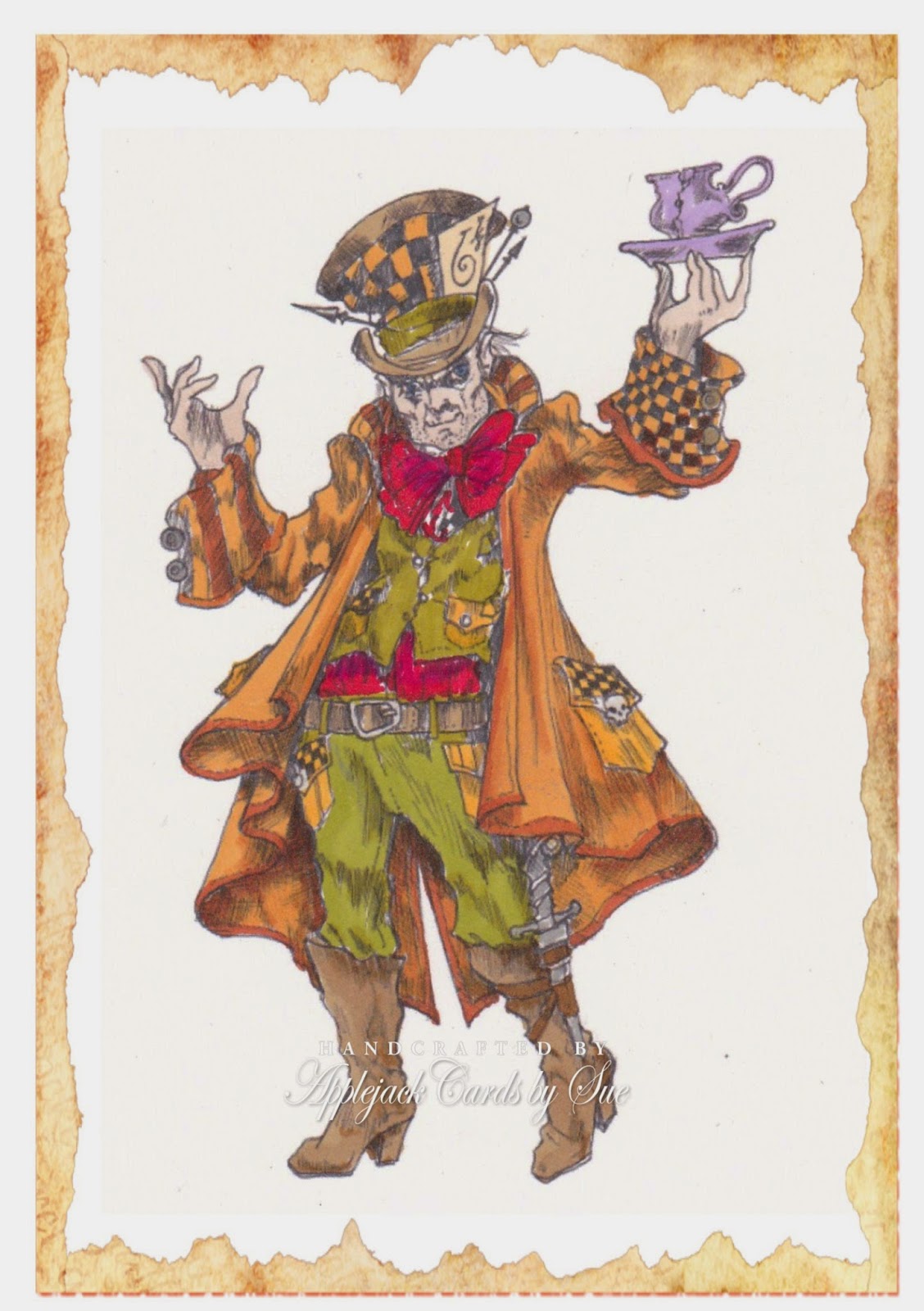 Isn't this chap absolutely wonderful. Have you ever seen a character from Alice in Wonderland portrayed in this way? I have several more of these images in the pipeline to show you and each one is such a striking project.. Printed onto neenah, coloured with promarkers. Background made and colour changed in mcs then inserted into Serif. Coloured image also imported into Serif where the excess white background was removed. Everything was brought together and exported back into mcs for the sentiment and the watermark. Thank you to Monique my teamie on the Rick St. Dennis elite design team for your help and suggestions.

Now the history bit
The felt hat industry has been traced to the mid 17th century in France, and it was probably introduced into England some time around 1830. A story passed down in the hat industry gives this account of how mercury came to be used in the process: In Turkey camel hair was used for felt material, and it was discovered that the felting process was speeded up if the fibers were moistened with camel urine. It is said that in France workmen used their own urine, but one particular workman seemed consistently to produce a superior felt. This person was being treated with a mercury compound for syphilis, and an association was made between mercury treatment of the fibers and an improved felt. Eventually the use of solutions of mercuric nitrate was widespread in the felt industry, and mercury poisoning became endemic. (reference) Dementia and  erethism were indeed a common ailment among 19th Century hatmakers.