Finola and Trevor The story continues 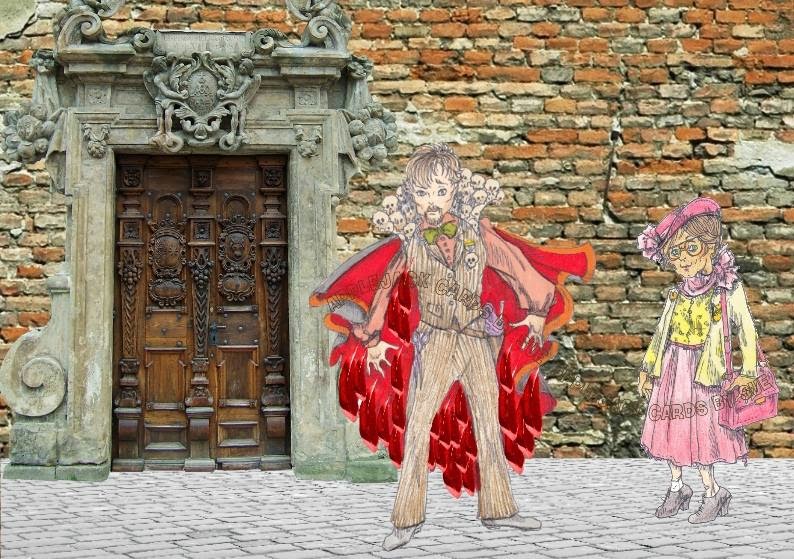 Finola
Craft Wizard
by Rick St. Dennis
Rick's facebook group
This is part three of Finola's story. Parts one and two can be found here

The were-owl was caught mid change. He was a sight to behold. His cloak had almost completely morphed from feathers to silk, but there it stopped. Neither fully feathered nor completely cloaked. It was rather an embarrassing situation but our Finola is a 'Woman of the World'. Before she could help him she introduced herself as no-one should fiddle with someone's feathers without proper manners. The were-owl told her that he was in fact a fully fledged Craft Wizard called Trevor and that he only had a charged glue-gun and a pair of crazy edged scissors so he needed Finola.  Xavier couldn't help..he couldn't get his feathery fingers to stop fluttering. It was up to Finola. It was now morning and Trevor was still half and half.. Things could not continue like this so Trevor took Finola to his house where he had all his crafting supplies and his assistant would be waiting for them. Trevor opened the huge front door and they stepped into the hall. Finola heard a noise to one side and coming down the stairs was the strangest.....

If you have an idea of who startled Finola then please visit the Rick St. Dennis facebook page and leave a comment describing the character. This could be chosen as the next main element, you and I will receive a copy of the image free of charge. I will colour mine and add the next part of the story.
Posted by applejack cards by sue at 00:16