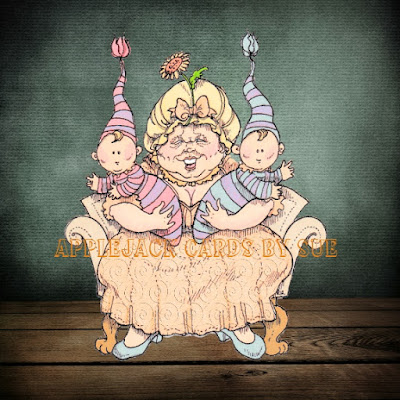 
A homage to Anton Pieck
The interesting Bit
(19 April 1895 – 24 November 1987) was a Dutch painter, artist and graphic artist. His works are noted for their nostalgic or fairy tale-like character and are widely popular, appearing regularly on cards and calendars. From 1952 to 1974, Pieck was responsible for designing almost everything for fairy tale park Efteling in Kaatsheuvel, now one of the major theme parks in Europe. His work for the Efteling has been of huge importance for the future of the park, since almost all later designers used his graphic characteristics in their designs (such as materials, colors and shapes).

Printed onto neenah and coloured with spectrum noir pencils. I kept to a subtle palette as I had seen in Anton's painting.
Posted by applejack cards by sue at 02:43