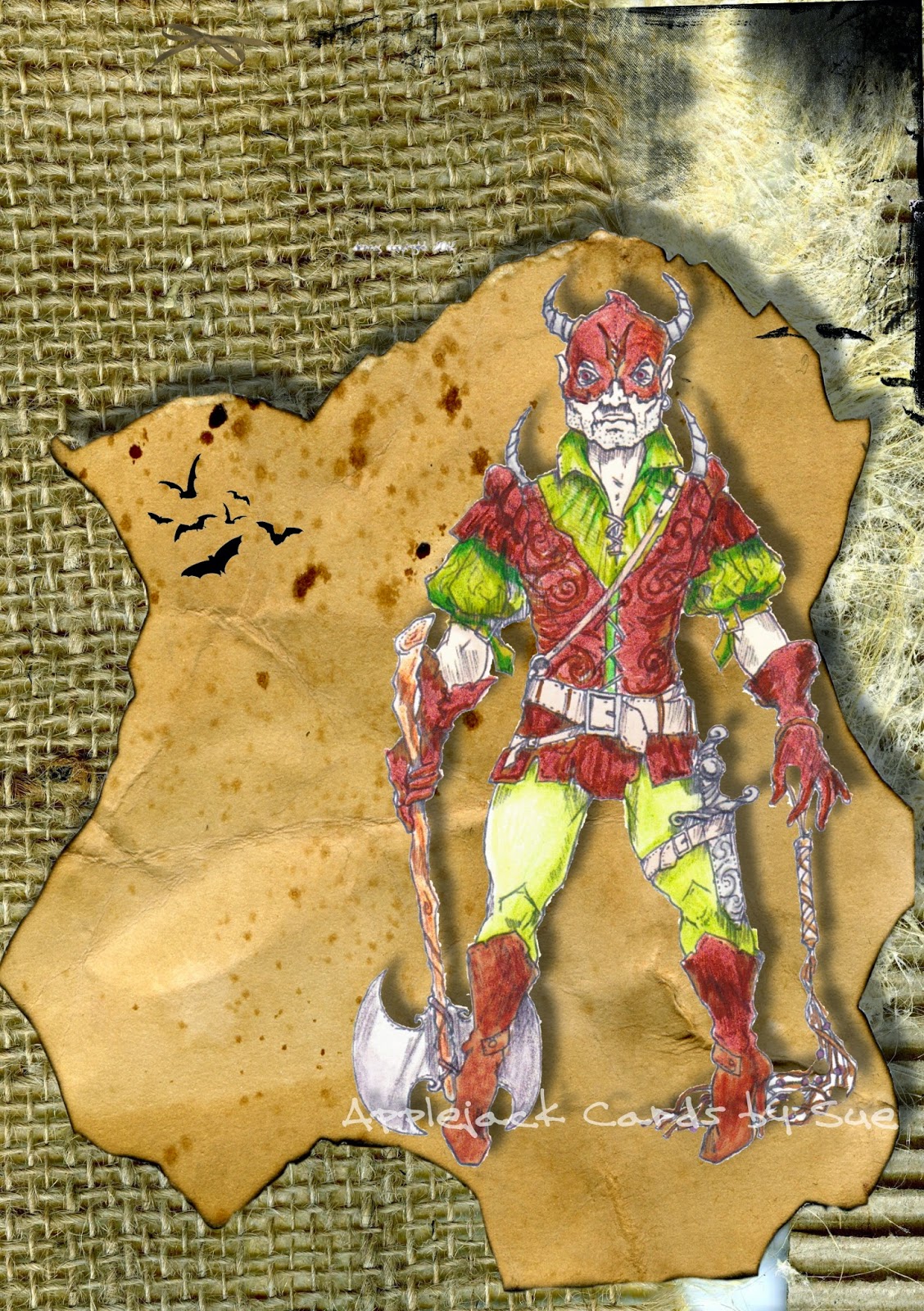 Oh yes... looks like butter wouldn't melt but he was the one who poked Brian the Knight's Dragon! Now he's looking for Hannah... he had heard through Bloodbook (A bit like facebook but messier) that something was going on. Was Hannah planning on selling the Mansion without telling him? Would that ruddy Warlock stop flitting by where he's got no business flitting and where's Brian!!!
A very striking image by Rick. This Executioner has his axe and whip ready. He is dressed in his best Deathday clothes, his boots and horns nice and shiny.


If you are following the hop you should have arrived here after Jane and your next stop is Sarah The complete list for the hop is on my sidebar.
Posted by applejack cards by sue at 21:55