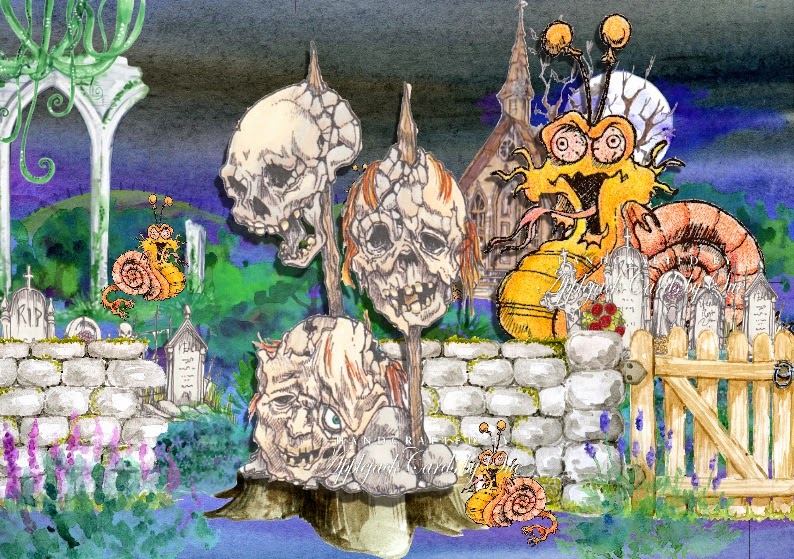 Here is Fred, Jack and Peter gently rotting and trying not to make too much of a mess. Stuck on spikes side by side dripping slightly. Hopefully the ensuing puddle will slow down those snails even more.( A spy in the 'other' camp has expressed his concern that the gloop will mutate the creatures further!) The boys have volunteered to be on the lookout by the gates of the Cemetery these three will miss nothing! They report back to HQ any wandering spirits and demons and have already told of the arrival of the enormous mutant Snails!

More appealing to The Tottenham Ghost and Madama these three pin-up boys in a sort of sliding decay.
This trio of terror by Rick is a must-have! I printed the image onto neenah and coloured it with  promarkers.

It may seem to you that the scene is way to full of stuff going on. But. The photographer didn't have any time to group folks together... well... ok so the three chaps were fairly close together but stroppy snail would have none of it! The poor old photographer (who had time off from the round of weddings and was giving his time free of charge just to help out his sister) tried to say 'Watch the birdie' before the giant Snail had grabbed said birdie and had him for supper... all that was left were a few feathers! 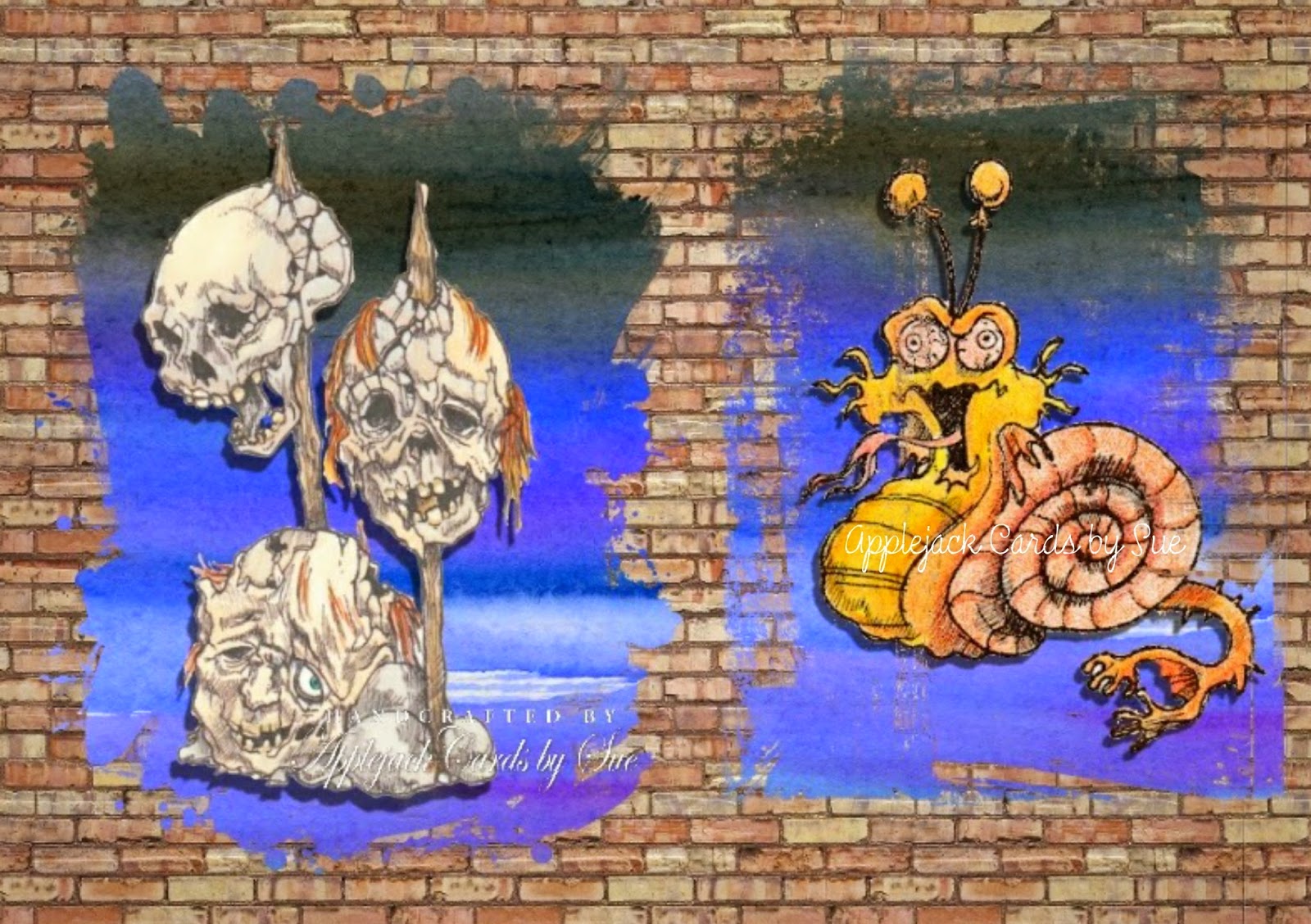 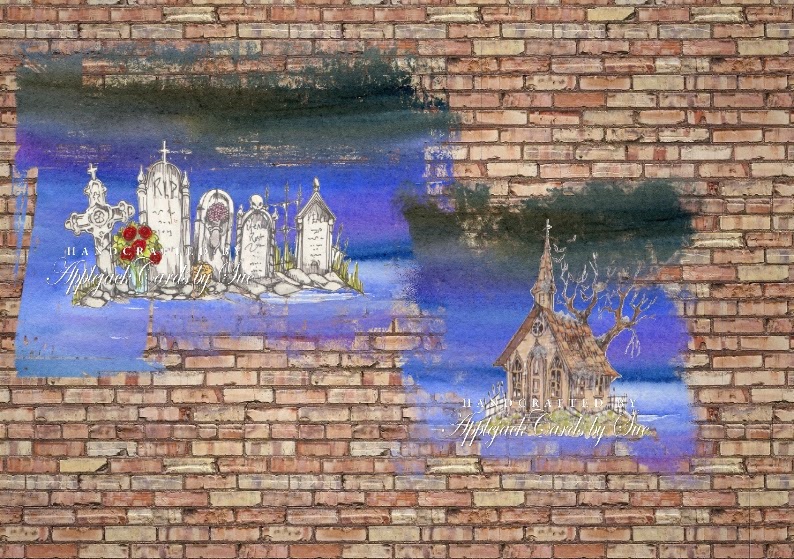 If you are following the hop you should have arrived here after Jane and your next stop is Sarah The complete list for the hop is on my sidebar.
Posted by applejack cards by sue at 23:52