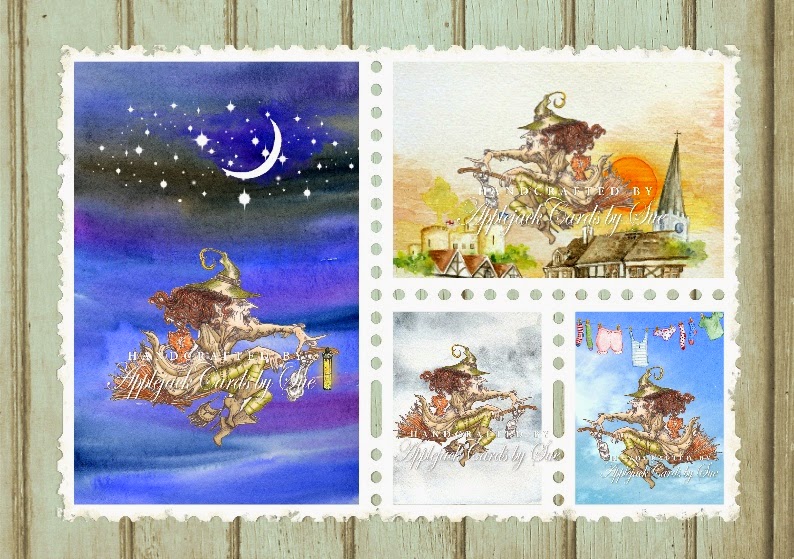 That-a-way Witch or as we know her, Daisy, has been flying almost non-stop to report back on the monster situation. She has been seen everywhere, all at once, incredible! The Citizens are so impressed that they have made a set of stamps depicting her flying overhead although one day she did do a fly-past (like Maverick in Top Gun) but in her case she flew under the washing line much to the horror of Sassy who really didn't want anyone knowing she wears nice warm bloomers under her sexy dress!
A spell has been cast by the Bayou Witch we do not know the price... There is talk about the deaths of Mad Mr Hare, Zombie Boy and the Troll Brothers but at what cost will they return!

If you are following the hop you should have arrived here after Jane and your next stop is Sarah The complete list for the hop is on my sidebar.

Posted by applejack cards by sue at 00:04