Is this the end? Halloween Hop day 31 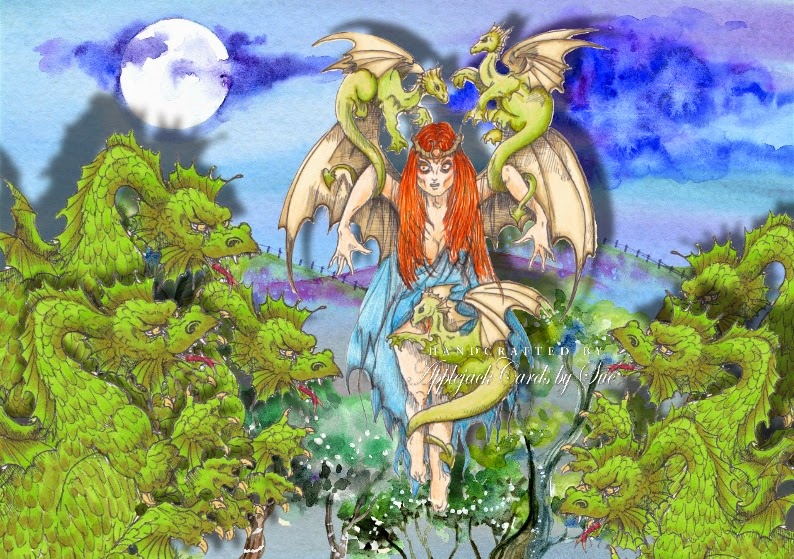 Borne aloft Mother of Dragons
by Rick St. Dennis
Is no-where safe? The dragons have returned led by the mother of all dragons. Since when can a myth cause such devastation... Lucifer was supposed to prevent this but when you make a deal with him you never know the final price...hell hath no fury like this mother! She is beyond angry at the loss of her family of monsters and dragons. Hopefully the Bayou Witch can be brought in as back-up, the Warlock set off at dusk to collect her taking heed of the glow above the forest.. Daisy the That-a-way Witch is getting as close as she can reporting back to Brian the Knight who is gathering the ghosts for a final assault. Hedwig and Hannah are getting the brooms primed ready for the call to arms. Sassy and Batty Bettina are already in place on the ground, spells at the ready. A code has been received. The Warlock and the Bayou Witch are nearby, Daisy has joined them, Brian is ready.

If you are following the hop you should have arrived here after Jane and your next stop is Sarah The complete list for the hop is on my sidebar.
Posted by applejack cards by sue at 22:15