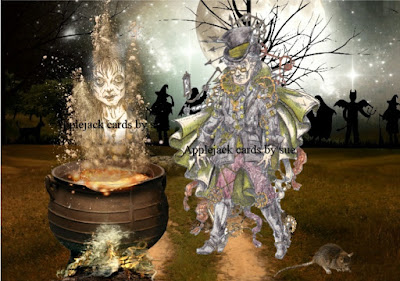 Spells had been cast and favours called in. The Professor had managed to conjure up the Bayou Witch in time to make the final spells. Nan and Donna had whitened fingers from all the salt they had prepared. Lyneen and Susan had helped Kevin the Elf to fill cauldrons with the salty solution. All along the lakeside (Not anywhere near the Lake house) the animals were ready. Tipsy was going to prevent whatever was in the lake from getting to safety. It was imperative that what was in the lake stayed in the lake. They would only have the one chance to change the salinity for if something lived and breathed and ate in an alkaline atmosphere then if the salt content suddenly shot up perhaps all would change.  The snails asked to be excused from actually working with the salt and that was understandable. They kept watch in case the tenant of the Lake House decided to join in. The ghouls had collected the trolls and their wheelbarrows of rock salt and they made their way to the raised pipeline that the remaining bunnies and rats had built. The rats were quite used to pipelines and had managed to collect quite a few drainpipes from surrounding buildings.. they just needed a few spells to join them together and to fill them with salt. They made sure that Tipsy sat on the end of the pipe blocking it until the Warlock was ready.


This is for the Smeared and Smudged wonderfully spooky hop. If you are hopping you should have arrived here from the amazing Maureen and your next stop is the fantastic  Domino Art  Have fun Mwahaha
Posted by applejack cards by sue at 01:13